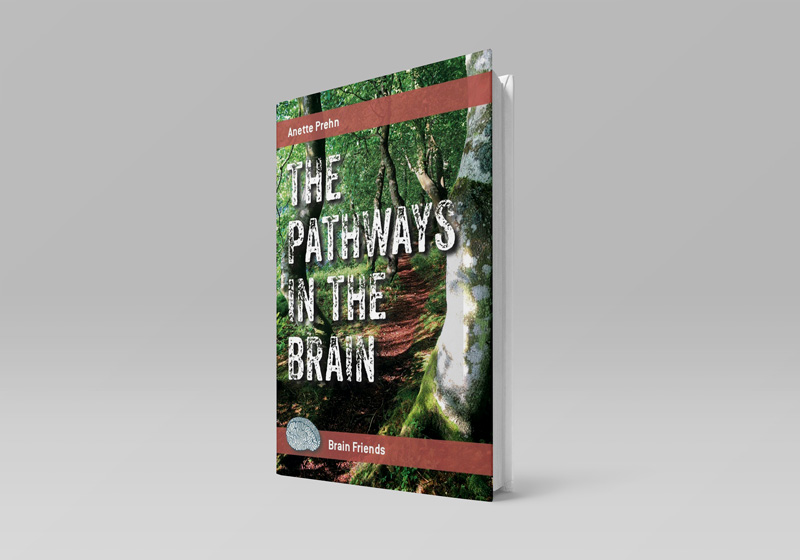 Neuroscience for kids – “This book will move mountains”

Anette Prehn’s first mini book about the rules of the brain is 24 pages long and aimed at children aged 10+. It is called “The Paths Of The Brain” and its purpose is to strengthen the child’s:

The mini book is part of a brand new series called “Brain Friends” and a new mini book will be published monthly over the next six months by Dafolo Publishing. After having written several books for adults, out in seven languages (including Play Your Brain), Anette Prehn now wants to reach kids. According to Prehn, very kid deserves to know about neuroplasticity (the paths in the brain and how to strengthen/weaken them), the amygdala (the alarm bell of the brain) and the prefrontal cortex (the boss of the brain). 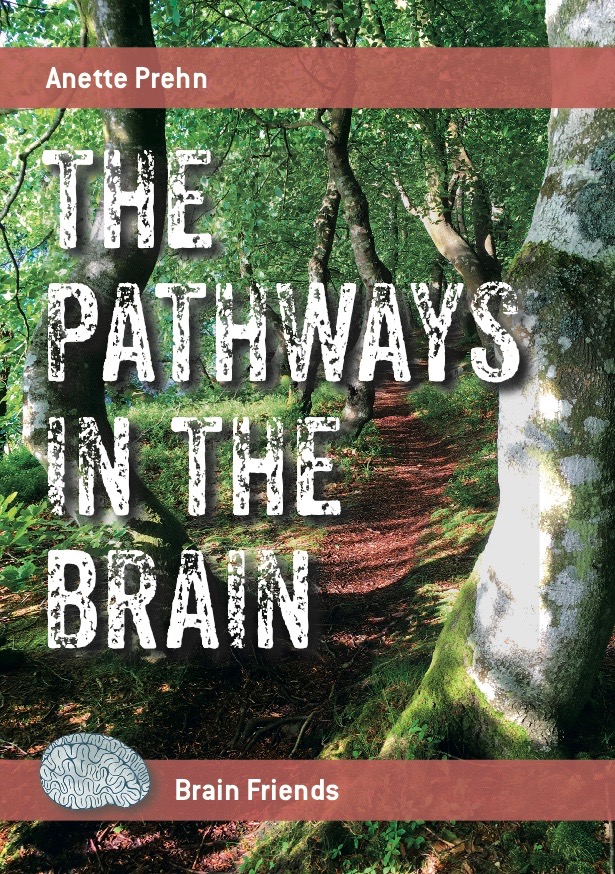 “The Paths of the Brain” offers a concrete and down-to-earth way to strengthen a child’s resilience from an early age. With easily identifiable examples from everyday life, Anette Prehn explains how the brain’s reactions can make it challenging to handle overwhelming situations, and how to become comfortable with them and courageous.

Troels W. Kjær, a premium Danish brain researcher, medical director, and professor recommends the book “greatly”: “Full of knowledge, Anette Prehn leads us on the paths of the brain to a deeper understanding of how the brain assists us in everyday life. The book gives children, teenagers and everyone else insight into many important aspects of our wonderful brain. The book focuses on the brain both in terms of development throughout generations and regarding an individual’s ability to change the wiring of the brain, so that we can be courageous, happy and tackle issues with ease. I recommend it greatly.”

Sofie Ulrich-Hansen, 12 years: “A good and instructive book. I like to imagine that I have a forest in my head. And that the more I walk on a path, the more it becomes a habit. If I don’t use a path, it becomes overgrown with moss, branches, and grass, and I then have to walk on it many times again in order to restore it. I also like to imagine that I carry a ‘backpack’ with me with the many good situations I have managed even though I didn’t feel that comfortable with it at first (such as rollercoaster rides or double backflips in gymnastics).”

Gustav Helner, 10 years: “’The Paths Of The Brain’ has taught me that the more I do something and use a path in the brain, the better I get at it, and the more comfortable I feel about it. I have also learned that, when you are in a situation that you have never been in before, you can use your experience from a different, but similar situation. Smart!”

Amanda Louise Tarp Beth, 10 years: “I think about the paths of the brain every day, many times a day. When I am do Math, I say to myself: ‘I have now tried this path. Which path should I try next?’. I also do it with badminton. I have tried my ‘smash path’ quite a lot, but my ‘mix field path’ is completely new. And so I go on and practice that.”

Lisa Bresson, mother: “I have read ‘The Paths Of The Brain’ out loud to my 9-year-old and 11-year-old boys, who have both been diagnosed with ADHD. They were both very involved in the reading, could see themselves in the examples and asked a lot of questions. The concept of connections within the brain made a lot of sense to them. ‘Look, some paths are thin – and some are as thick as earthworms … I don’t think that my reading path is quite an earthworm yet’, the oldest one said to me. We all talked about the book for more than an hour after reading it. What a gift!”

Ulrik Blirup, father: “My 9-year-old son, Jakob, has read ‘The Paths Of The Brain’ himself and thought it was excellent. He understood that one needs to keep practising until a given thing is learned, and then everything becomes easier. Moreover, he saw himself in the boy in the book so much that he suggested that the boy should have been called Jakob. This book will move mountains!”

Anne Mette Tonning, mother: “I have felt like crying for the entire day. This mini book has changed my way of being! I now understand that my 9-year-old daughter’s life has been one large ‘future fog’! With this new knowledge, my view of her has magically changed. I can now clearly see a little girl, stunned by ‘future fog’ – and not (as I used to think before) a girl who is stubborn and unwilling to do anything. I now understand that we have been too aggressive towards her and tried to push her forward. While reading the section about ‘future fog’ in BrainSmart Parenting, I had many ‘aha’ moments related to our relationship. However, reading this mini book has given me a unique approach to understanding her! At the same time, the mini book is meant for her age group, and it has shown its effects already. Her class had the option to write a personal monthly essay. At first she didn’t want that at all. I now understand that she simply did not understand what ‘a monthly essay’ was (= future fog). The whole month before, when we spoke about it, she was very negative. Up until this morning. After reading “The Paths Of The Brain” yesterday, she mentioned the monthly essay herself – as a possibility! We talked about a potential subject (some YouTubers she follows). She spontaneously concluded that she could say “yes please” to a monthly essay once in a while. Then we talked about how the path would have to be formed at first, but that once created the task would be manageable and that, after several attempts, it would be more okay – and so on. It seemed as if she reached an entirely new conclusion only due to our honest discussion concerning her ‘future fog’ regarding the project. Suddenly, it appeared that she had accepted her future fog as something natural and temporary – and something that she could tackle! THANK YOU for your work!”

Anna Jørgensen, 10 years: “This is a very educative book. Each and every time I read it, I learn something new. I had no idea that I had this many connections in my brain. For example, now, when I start talking to a classmate during class, I ask myself: “How do I get back on The Concentration Path again?” And then I see that it is right there, to the left. And then I go there!” (Anna has made an exercise where she visualises the paths of the brain with crayons). 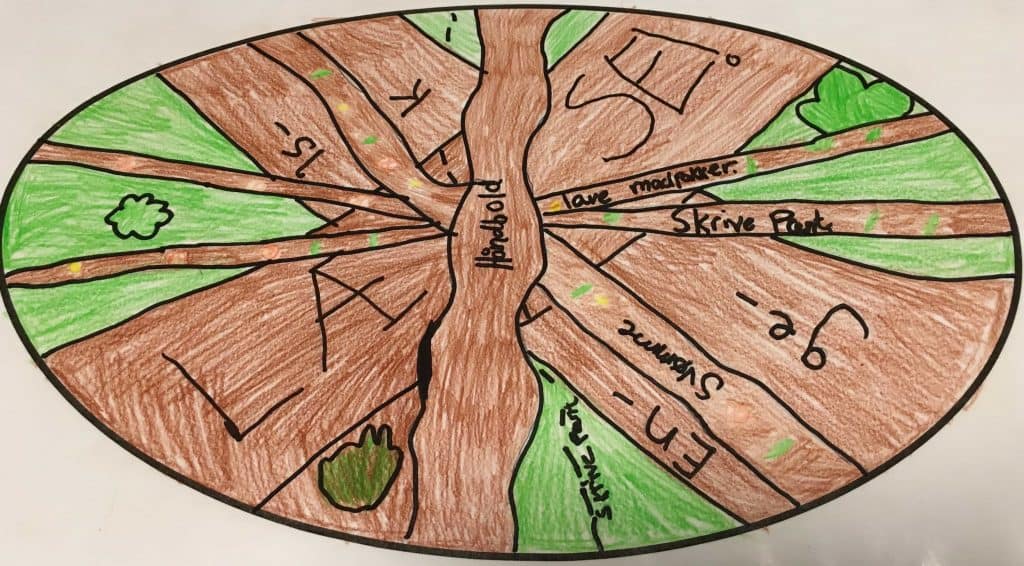